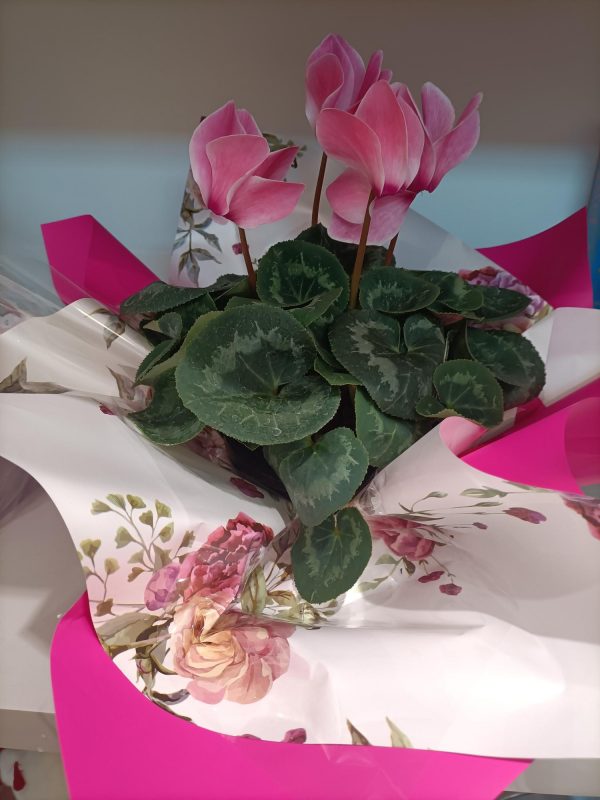 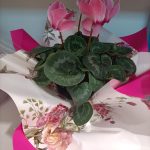 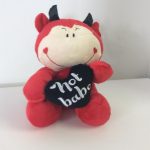 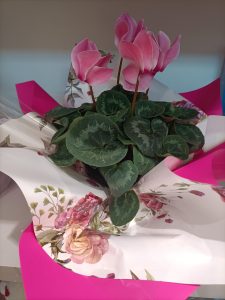 Cyclamen plant is a family of 23 types of plants growing from tubers. They are valued for their flowers with petals and patterned leaves. Cyclamen species are native from Europe and the Mediterranean region. However one species is found in Somalia. The Cyclamen was put in the family Primulaceae but has been reclassified in the family Myrsinaceae.

The Cyclamen plant have a tuber, from which the flowers and roots grow. In most species the leaves come up in autumn and grow through the winter. Cyclamen plants then die in spring and the plant goes dormant through the dry Mediterranean summer. Cyclamen grow mainly in dry forest or scrub areas.

Cyclamen plants are commonly grown for their flowers. They can be grown in both outdoors and indoors pots. Several species are tough and can be grown outdoors in mild climates such as northwest Europe.

The Cyclamen plant is symbolized with resignation and goodbye.

This symbolism makes cyclamen appropriate for gifts for friends who are retiring or relocating.
There are certain beliefs for the Cyclamen plant. According to folklore, cyclamen will help woman in labour speed the delivery.

The Cyclamen plant has also been used in medicinal practises as a powerful cleanser. The cyclamen plant is used to clear the sinuses or remove boils and blemishes from the skin. However in large doses can be poisonous. A plaster of cyclamen was thought to be helpful for cataracts, sunburn and gout.